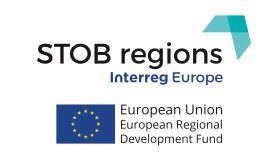 Several pieces of research done by bot academic and consulting firms prove that 60-80% of SMEs in Slovenia are family businesses. Three quarters of these are still managed by the founding generations or at least there is still a very high level of involvement of the first generation into daily operations. These companies were in most cases established in 1990ies after the fall of the previous political system which did not really support private economic activities and ownership. As in other economies with longer and more extensive tradition in family businesses, transition on to the next generation is a critical period in a life-cycle of such a business. Due to the relative youth of family businesses in Slovenia, there is unfortunately no extensive experience and/or systematical approach available in order to assist these businesses and families to be able to proceed further to the next generation. Thus, there is a reliable threat that several of these fine businesses will fail to continue and a severe negative economic impact will occur.

The ultimate objective of the project was to develop a methodology for assisting family business for a smoother entry into transition process. Several family businesses never enter into a systematic process of transition because they simply do not know, how and where to start, being overwhelmed with daily business obligations. At the same time, they are often burdened with some family baggage of interpersonal relationships, which is usually easier to keep them silent rather that entering into painful process of resolving them. The goal of this methodological approach is to bring families to the decision of entering into transition process on the basis of the written and agreed transition plan.

The planned methodology was tested in a pilot project. This involves direct work with 16 family businesses and the goal is, that in 20 weeks of the duration of the pilot project. By the end, at least some of the families should have had written transition plana, ready to go and their clear and honest commitment to carry on with the transition activities. In the autumn 2019 a new cycle of workshops was organized with the inclusion of experience from the first workshops. The difference in the two workshop cycles is that in the first cycle it was requested from the organized that teams of two are expected to participate from the two generations (founding and succeeding). In the second workshop: there were only four families participating but more family members from each family were present, in one case even five family member (parents and three sons) regularly came to the events.

An experienced family business consultant with more than 20 years of consultant experience on the top of the own family business experience and extensive academic work led a self-aid group of then family business teams. Two members from the same family were expected: older and younger generation representatives. Gender variability was encompassed by having at least one third of women participants in the group. The reason for this is that (1) women are still underrepresented as SME (and generally business) leaders and (2) women are often neglected as possible successors in traditional “masculine” industries.

The consultant, who lead the group, used the therapeutic andragogic method of free associations: (1) a moderation of the group leader will be followed by (2) group discussion, (3) preparation of the homework done on the topic and influenced by group thoughts and (4) short presentation on the next meeting. For the homework, the consultant enabled two hours of face two face consultancies for each family business team. Homework was expected to have a very important role in the process, because the clear objective is to make the family sit down and think about the issues, which would be raised at the next session. The homework was also expected to be a link between family members, which would not come to the session and those who would. The following topics will be covered as a process in 20 weeks with a session on approximately every two weeks:

As for the qualitative assessment of the situation in the Gorenjska Region we run phone interviews with the representatives of all 16 participating family businesses. The interviews took part in the last week of November. As usually for the small sample assessments, only qualitative methods may be applied. The results are presented in the following chapter of this report.

Results of the qualitative assessment of the 16 pilot project participants

A list of questions was designed in order to evaluate the transfer of business ecosystem in Gorenjska region. The aim of the research was to get a broad view of a more and more relevant milestone of the long-term sustainability of SMEs both in the region and in the country. A qualitative approach was applied in order to be able to compile concrete views from participating businesses and because of the small sample of the participating businesses. The total number of participants in the research was 16 and the responses and views were provided in the form of a family compromise or common stand. In order to quantify the data from small sample, answers were clustered in a three-level scale, with Yes/No tails and “No sure” as a medium value. The results are composed in the table 1.

Generally, majority of participants (12 out of 16) believe that region has enough qualified successors where they probably have family members in mind as the best candidates. A little more reserved opinion but still positive (9 out of 16) is articulated on the education system which they regard as good enough for the business succession. On the other hand, majority (10 out of 16) agree that there is no profound knowledge about the topic of business transfers. On the top of this, majority of participants is not sure (9 out of 16) whether the infrastructure for business transfer is good enough or not. Half of participants believe that people are aware of the importance and possibilities of succession while the other half is not sure or their stand is negative. Participants share an almost unanimous opinion (13 out of 16) that the tax situation is not beneficial for transfers while only three are not sure. Half of the participants think that successors should have financial capacity for the transfer while this may be the consequence of the fact that business transfers in Slovenia mostly happen within the family in a form of an unpaid transfer. The opinions on the existence of enough and competent help from advisors are generally very indifferent: on third for “yes”, one third for “no” and one third “not sure”. One may speculate that the reason behind this is that majority of participants do not have much experience with outside advisors. A very similar distribution of answers for most probably similar reason is for the question whether owners and successors have easy access to support. The opinions on whether the supporting institutions work together to make it easier for the person in need (to get all relevant information from one institution, e.g., one-stop-shop) were very reserved (3 out of 16 agree) while other are equally distributed as disagreed or the do not know.  A vast majority (10 out of 16) was not able to evaluate whether owner-managers are emotionally and organizational prepared to hand over their business? The reason for this is probably in the fact that majority of them had never really thought about this owners’ dilemma. Also, regarding the infrastructure for matchmaking the answers were not very straightforward to be able to drag out any concrete conclusions.

Table: Regional characteristics on business transfer as seen by the family business in Gorenjska Region (Source: Vadnjal J. (2019): Business Succession in the Near Future - The Case of Gorenjska Region, Slovenia; www.bsc-kranj.si)

Outcomes of the pilot project

Recommendations for the improvement of the methodology